Imma be quick, but I just had to get this offa my chest.  It’s been sitting in my spirit for a while now, and I just had to say it.

Not just this post, but any post.  In general.  Keep your comments to yourself and for the love of Christ keep scrolling.

Homegirl (Tayja Jones Banks) went to prom looking uber cute.  Because she felt uber cute, she decided to post a pic of herself on Facebook.  She soon regretted it when the internet showed its underbelly and fat-shamed her mercilessly.  She ended up updating her Facebook status and said she shouldn’t have gone to prom. 😥

Old Navy posted a super cute advertisement featuring a pretend interracial family.  A bunch of racist people came out of the woodwork and peeked out from their dark, ignorant caves of gloom in which they have proudly made their abode just to spew hatred and show the world just how depraved they really are.

If you are a racist (and Lord help you), why not just see the ad and…I don’t know…keep scrolling?  Is your comment going to stop miscegenation and interracial marriage?  No.  Does your comment make you look like a jerk?  Yes.  So maybe you should have kept your comment to yourself and kept scrolling.  Just my two cents. 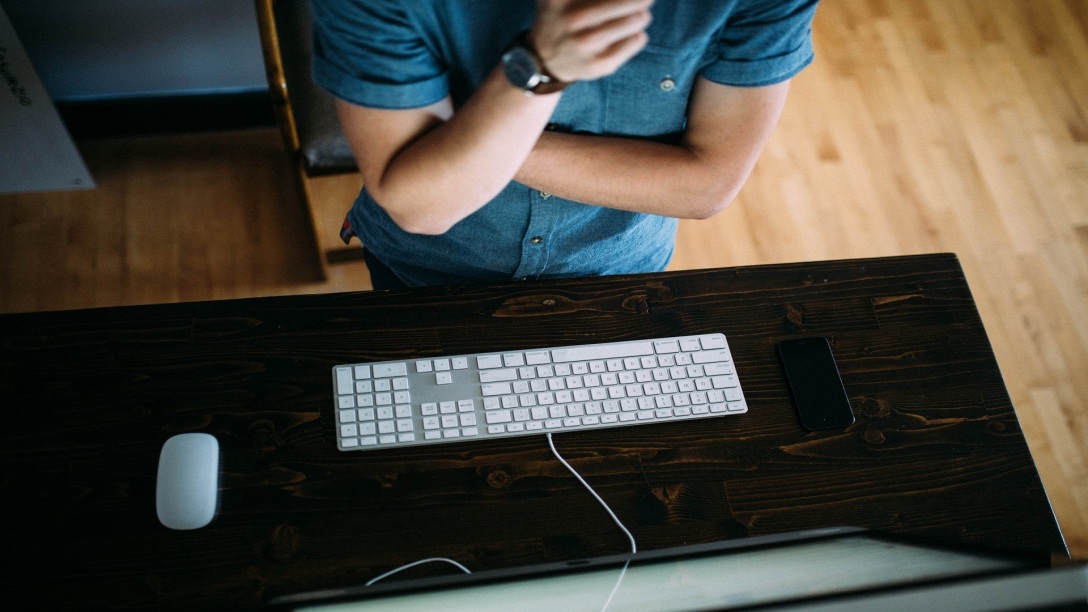 I’m a living witness to the power of the scroll.  It’s helped me.  I hope it helps you too. I’m writing this post in the hopes that’ll help others stop being needlessly annoying in cyberspace.

No offense, but I see a lot of foolishness online.  I see stuff from celebrities and thought leaders that are just plain wrong or things and ideas with which, at the very least, I take issue.  A lot of my friends on social media post and repost, tweet and retweet words, thoughts, ideas, and comments that I don’t agree with.  But I don’t comment.  I let sleeping dogs lie and I – you guessed it – keep scrolling.

I often don’t have time to dismantle every instance of ignorance or address every microaggression.  In many instances, these are my friends. I like them. They are individuals, and they are entitled to their opinions, thoughts and beliefs.  We can agree to disagree agreeably – and silently.  I know that anything I write in response could be taken the wrong way, even if written with the best of intentions.  I know that in some cases I can’t change their mind, and many cases it’s not my job to.  Plus, I know that in many of these instances, if I were to say anything to the contrary, I would ignite WWIII or start an online battle in which I never wanted to be involved in the first place.  Keeping the friendship intact and being respectful is often more important to me than making sure they know my opinion on every single little thing.  There are so many reasons why I sometimes refrain from commenting. So I keep scrolling.

By the same token, I’m sure many people have taken issue with my blog posts or posts on social media.  I make no apologies for being provocative.  I love being Black.  I love being a woman.  I love being voluptuous.  And I luh my Jesus (He’s been getting on my last everlasting nerve nowadays but I still love Him).  I post a lot about the aforementioned.  I’m sure many of my friends who do not believe in God or organized religion have seen my Jesus foolishness on social media.  But I’m thankful for those people who choose to gloss over my Jesus thoughts (i.e. keep scrolling) as opposed to foisting their contrarian views upon me with their snide comments about the stupidity of believing in an imaginary Friend in the sky.  They know better than to write something that would put me on the defensive, knowing full well that I will a) put them in their place (politely of course) and b) that I will defend Jesus until the day I die (aka they would be wasting their time).

It’s like every time someone posts a video on social media (YouTube is the worst for this) with even a hint of religion or – even worse – the mention of Jesus, there has to be an online mud-slinging contest in the comments (pro tip: never read the comments) over whether or not there is a god.  Can’t y’all just enjoy the damn song?  Can’t someone post a video about Jesus in peace and not have all the atheists come crawling out onto the comments section to discredit one’s faith?

Why do people who don’t believe in God feel the need to ridicule the faith of those who do?  Like, as if you writing a comment, doused in disillusionment, skepticism and a false sense of intellectual superiority, would actually change my mind?  Yeah.  Good try.

And the opposite applies too.  Under posts celebrating gay pride or the services of Planned Parenthood, I often see the comments of that one person – that one “Christian” – who feels the need to write about sin and hell.  *Sigh*  You know that abortion and homosexuality are touchy subjects.  You know that the relationship between the church and the LGBTQII community is acrimonious at best.  Why then would you post inflammatory, incendiary comments about hell fire?  If evangelism was (truly) the goal (‘cause let’s face it – a lot of hate is veiled as evangelism) there are more effective ways.  The comment often does more harm than good and widens the chasm, leaving me to shake my head and wonder, “Couldn’t you just let the post slide?  Couldn’t you just… keep it moving and keep scrolling?”

Sometimes I feel like singing the chorus to “Let it Be” to people in the comments section on social media.  Like, let it rest. For real.

Why do people feel the need to be visibly hateful?  I don’t care if you hate – you can find yourself a little corner and hate all you want.  But why puke hate through the internet?  Why troll?  Why be mean?  Why yuck someone else’s yum?

Why not just keep scrolling?

It really, truly is a wonderful tool.

I find that scrolling can stop a lot of feelings from being hurt, can stop a lot of reputations from being ruined, and can save a lot of relationships.  You can do it too if you try.  It’s easy.  You see a post that makes you mad?  Take a deep breath. Ask yourself why the post is making you feel the way you do, and then ask yourself if it is worth it (the time, the effort, the possible repercussions, etc.) to address the post.  If you can address the post in a kind, sensitive, helpful, constructive way and walk the fine line of having an open-minded, respectful, emotionally-discharged conversation online while at the same time refraining from attacking the OP, I say go ahead.  Comment-away.  If not (and don’t feel too bad if you can’t, because most people can’t), keep scrolling. Done.

Current footage of me eating on my balcony.
...and that doesn't even include the 45 min walk I took during my lunch hour (Toronto is FINALLY getting some weather worth walking in).
I'm teaching Zumba today at 5:30 pm @yorkuniversity @yorkurecreation and every Wednesday evening for the summer! Check out our summer schedule and come thru! (Swipe ⬅️)
For a moment I legit forgot that Chantall is a mother (don't worry -- as soon as I came to after waking up, I wished her happy Mother's Day on Sunday).
Happy Mother's Day to my Mom: proud parent, doting grandmother...
Loading Comments...
%d bloggers like this: